- March 23, 2018
I wrote this piece last year but wasn't brave enough to publish it at the time. As nervous as it makes me, it feels important to me that I publish this piece now with this reminder:
You Are Not Alone
It will pass. I promise.
Keep Going.

And please, if you are feeling suicidal, tell someone. Reach out for help.
You are Important. You matter. 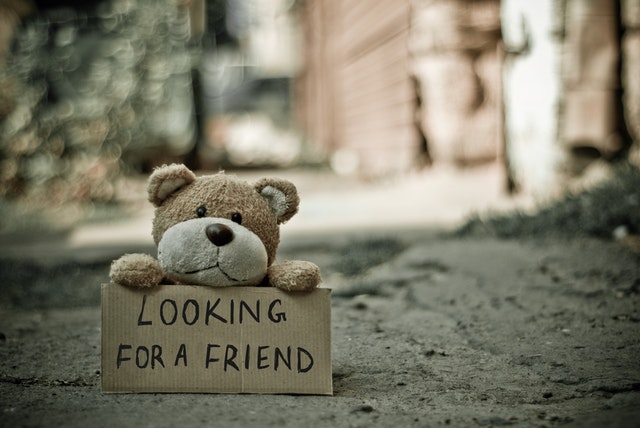 I want so badly to write about depression right now because that's where I'm at but it's hard. It's hard to admit that I'm depressed. It's hard to explain why I'm depressed and everyone always wants to know why. It's hard to trust that people will listen or that they won't try to fix me or fix the situation or correct all of my "wrong" thoughts, or tell me to "just be positive." It's hard to be vulnerable like this when I'm already at my most vulnerable...
But here we are.

I want to be clear about what I've been feeling so here goes:
I'm not exactly feeling apathy. I love knitting and I don't feel indifferent about it right now. I am, however, lacking motivation to do it. And sometimes I start knitting and keep knitting but it doesn't drive away my complete and utter sadness. And that's what I'm feeling more than anything: Sad.

And Angry. Which is not apathy because apathy is a lack of emotion and I've got all of the hardest emotions in overload.

Here are some things I find myself thinking:

I could probably fill a book with all of the awful things about myself that are swirling around in my head. So obviously, giving me "constructive criticism" right now is totally and completely unhelpful. That stuff just gets twisted and added to the list.

I also realize that I'm not being entirely fair. My kids would be sad if I died for more reasons than just that I feed them and I especially know this is true because my spouse is usually the one feeding them. Just ask him. He'll tell you about how he is the one who packs their school lunches every stinking morning and makes dinner when I don't feel good or can't think of what to make. Which is most days.

But these thoughts don't help me feel any better because they just point out so drastically to me how inept I actually am...

He works AND has to feed the children because I'm that big of a loser.

I didn't put that on the list above, but it's on there now:

I'm pretty sure there is one thing that could make a HUGE difference in how I'm doing and that is: a friend. Because I don't have any. Like, at all. I've got some friends spread across the globe, sure. They're all super busy with their lives and they don't usually text me to find out how I'm doing, probably because they've grown tired of asking.

And even if they did ask, I'd probably lie.
Because for some reason when you are depressed you spend a ton of energy cracking jokes and smiling like you are the happiest person who ever walked the earth.

Consider that the next time you bump into someone who seems really happy. They might, at that very moment, be thinking about flinging themselves off of the nearest high enough height that's feasibly accessible...

So cross-country friends aren't any more accessible than the local friends I don't have. And that should be on the list:

Also, "I can't even do sick right," should be on the list. Because they still can't figure out what is wrong with my body.


Now Don't Panic after reading this. I'm not actually going to fling myself off the nearest, feasibly accessible high height. I do know that depression lies. I also know that this feeling will pass (at least I hope it will) and I will once again laugh a genuine laugh...even if I don't know when. I know there are probably good things about me and that chances are I will succeed at something in my lifetime. Heck, I already have. I seem to have a knack for succeeding at living even though I wish I would stop.

I also know that people do love me. They just forget in the midst of their own suffering that other people are suffering too.

Sometimes I wish I could forget that and just focus on myself. But even in the depths of this sadness with all this blah going on, I continue to reach out and check on other people. I guess I just wish I had someone like me as a friend. I'll probably have to just settle on being me, in the end.

But you know at the end of The Return of the King, when Frodo has fallen off the ledge and the ring has fallen into the lava, and Frodo is hanging on to the side of the rock wall, dangling above death and Sam looks over the edge and reaches his hand out, grabs Frodo's and says, in the most sincere act of friendship, "Don't you dare let go!" You know that part?

That's what I'm saying I need right now. Because telling myself not to let go isn't enough anymore. I can't continue to be the only one who gives a crap whether I live or die. And I can't haul myself back up onto the ledge, to safety. And I can't keep hanging on to the slippery edge of this cliff all on my own.
chronic illness friendship invisible illness marriage mental health undiagnosed illness